You are going to come to Nikolayev

You are going to come to Nikolayev, Ukraine or you are right here but do not know what to do and where to come than this city guide is for you. First of all consider your desires and your interests and then choose the best place where to go. So... 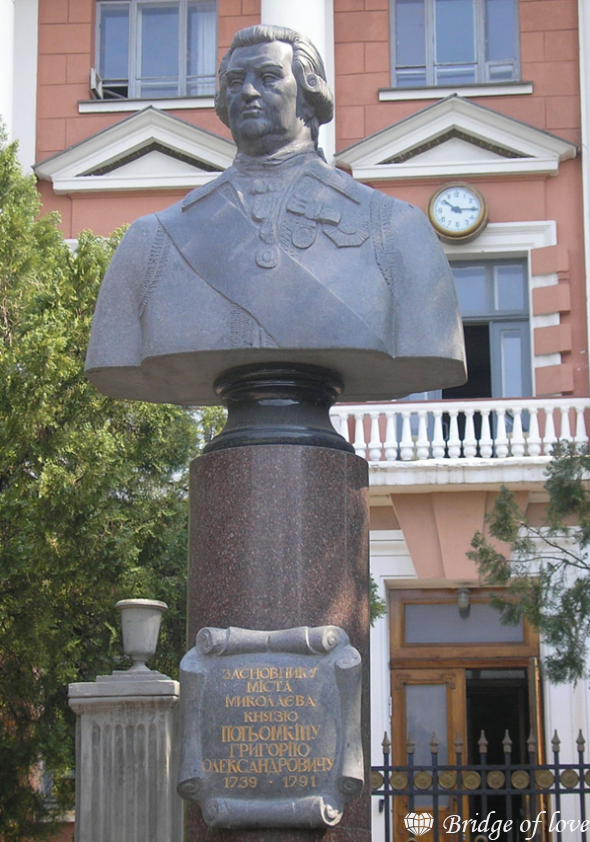 If your passion is history , have a tour around city monuments they will introduce you to the different periods of world, Russian and Ukrainian history. Start from the Russian empire and take a look at the monument to the founder of the city Governor General of Novorossiya, Prince Grigory Potemkin. September 21, 2007, the 218th anniversary of the founding of the city of Nikolayev, city residents restore historical justice, opening the monument to the founder Grigory Potemkin Tauride.

Nikolaev was his favorite city. His words: "Let it be the city !" come true. Prince Potemkin signed an order to construct a shipyard on August 27, 1789, which is considered to be the city's birth date. Initially a shipyard was called simply a New Shipyard on the Ingul river. The shipyard was to undertake the repair of naval ships in the Russo-Turkish War (1787-1792). Later Potemkin ordered the shipyard to be named Nikolaev to commemorate the date when Ochakov fell to the Russian troops under his command on December 6, 1788, close to the day of Saint Nicholas (Nikolay) December 19, in the Russian Orthodox Church calendar.

On the Naval Boulevard you can find a monument to Michael L. Falyeyev an associate of Grigory Potemkin. He is considered to be the first builder of the city of Nikolaev. On behalf of Prince late 1788 M. Falyeyev began construction of a new shipyard and the city around it in the mouth of the river Ingul. Special attention was paid to the construction of the frigate "St. Nicholas." Within four years of his activity in the once deserted places a shipyard, harbor and the entire city were built, for which Falyeyev received the rank of brigadier, and later - general and the first citizen of Mykolaiv . 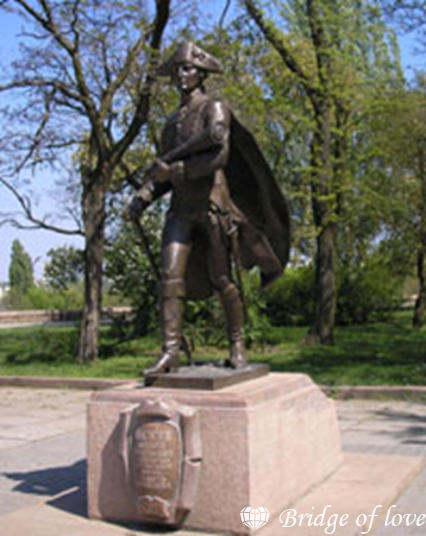 It can be considered as a visiting card of Nikolaev: "Here, where rivers INGUL and Yuzhny Bug merge the city of Nikolaev - Center of southern shipbuilding is founded in 1789. Nikolaev is a city of the sea glory and outstanding military traditions. It was headquarters of the Russian Black Sea Fleet for more than a hundred years.

It can be considered as a visiting card of Nikolaev: "Here, where rivers INGUL and Yuzhny Bug merge the city of Nikolaev - Center of southern shipbuilding is founded in 1789. Nikolaev is a city of the sea glory and outstanding military traditions. It was headquarters of the Russian Black Sea Fleet for more than a hundred years . Bellingauzen, Ushakov, Lazarev, Kornilov, Butakov,Nahimov - these naval leaders for a long time lived in Nikolayev. This tells "Admirals Walk" installed in 1978 near the former headquarters building of the Black Sea Fleet, now the Museum of Shipbuilding and Fleet. 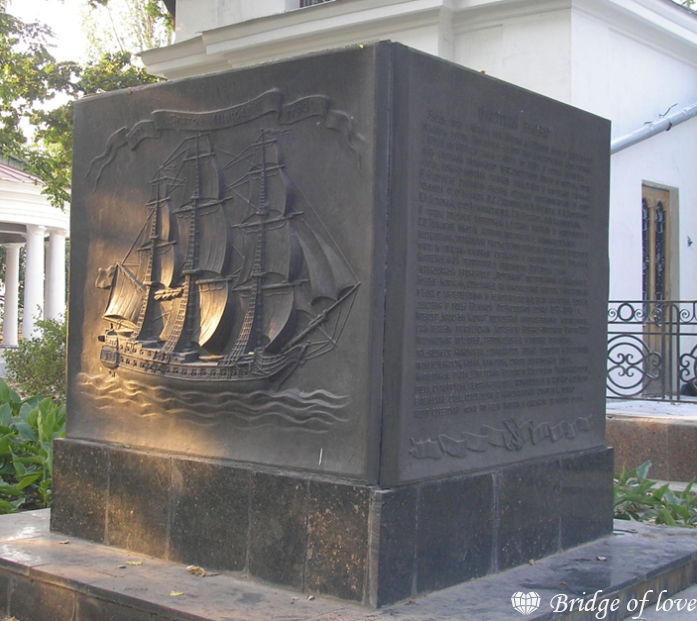 Besides in the very center of Nikolayev City you will find a noteworthy monument "to honor valiant work of shipbuilders in Nikolayev." The monument is situated on the loose mound and is a composition of a globe model, placed on three pillars of granite blocks that represent the three shipyards of Nikolaev. Globe, in turn, holding up the 11-meter figures made of bronze, which seemed to illustrate the history of shipbuilding since the city's founding to the present. Among them there are prominent historical personalities:

Ushakov, Falyeyev and others, as well as the shape of ship masters and artisans of different eras. At the bottom of the monument circle we read the inscription: "To honor valiant work of Shipbuilders and admirals. 1789-1989 ". 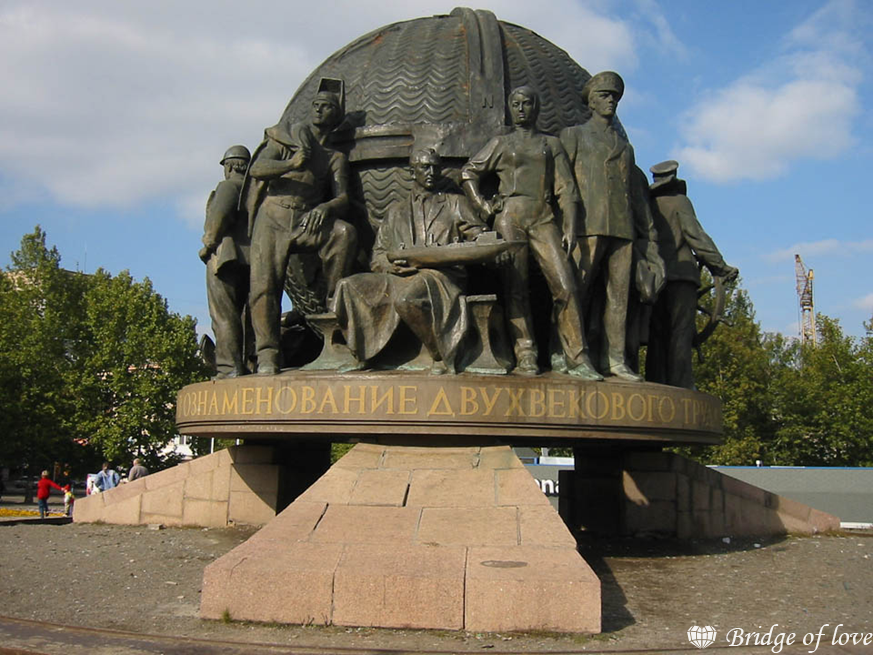 You must have heard a lot about a great country USSR dominated in the world during the XX century, the part of which Nikolayev was. You can discover a lot of traces of that period including the Lenin monument in the center of the navy boulevard, which was a must in any place all over the huge country. Besides many streets still remind us about that time, such as Lenin avenue, Sovetskaya street, Komsomolskaya street, Dzerginskiy street and many many others. 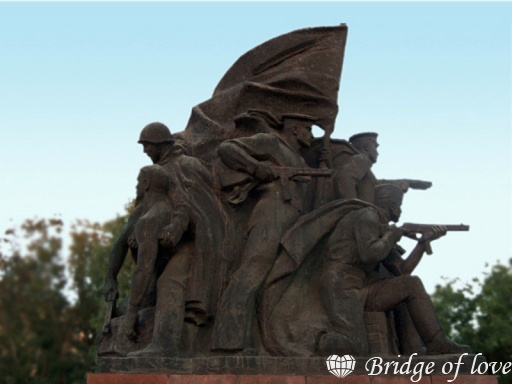 Despite some drawbacks of the Soviet Union, it was a country that defeated Nazism in the World War II. Many Nikolayev monuments commemorate the feat of arms and all heroic deeds of the Soviet people and Nikolayev citizens. These are monument in honor of 68 paratroopers or obelisk to fallen warriors and the stele to warriors-liberators of Nikolayev and many others for next generations not to forget heroism of ancestors and to avoid committing such a great mistake as a war in future .

By the way an interesting fact about Nikolayev is that it is called a city of brides. Since the foundation of Nikolaev there is a story explaining this fact. In the early years the population of Nikolaev included a large number of single men. Women and girls from the surrounding villages gathered on Admiralskaya Square on Sundays. 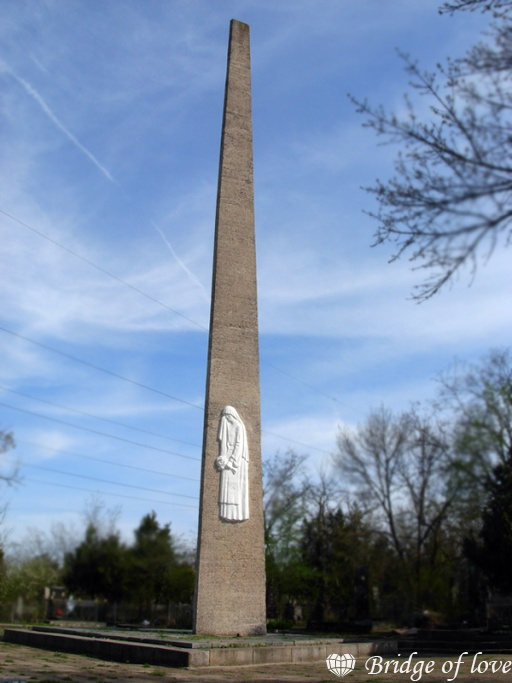 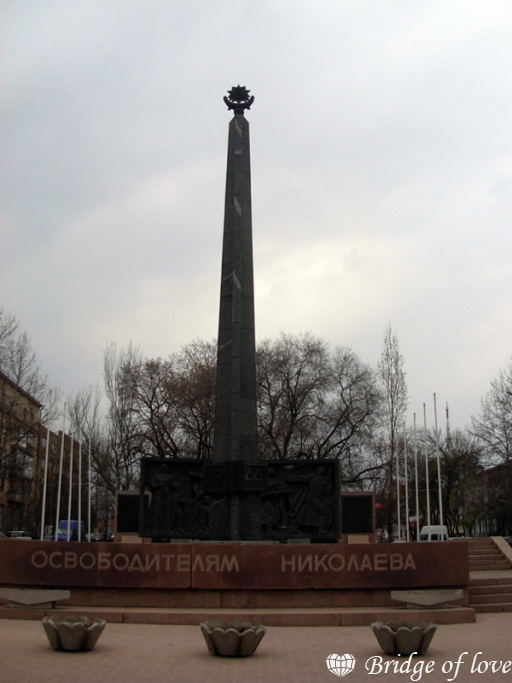 Men and women were lined up on the square in two rows opposite each other going close after a special sign. After that all together in pairs they were going to church to get married. According to the priest of Admirall Cathedral Stephan Zaushkevich the couples occupied the entire inner area of the cathedral.

So if you are here looking for a bride, you have chosen the right place. You are welcome!!