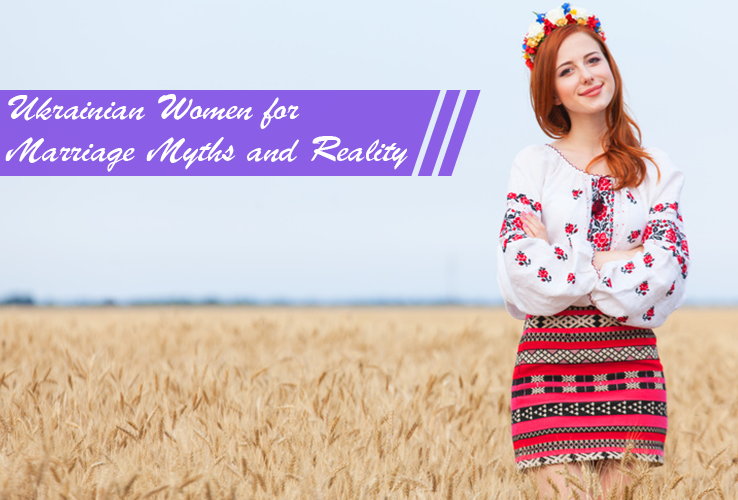 The amount of marriage agencies in Ukraine is increasing day by day. The reason is simple – foreign men have become interested in marrying Ukrainian women. International dating is relatively new phenomenon. Ukrainian society is very suspicious about bridal agencies for various reasons. All the contradictions and opinions around international dating lead to occurrence of different myths and stereotypes

Reality: Those who have visited Ukraine will easily confirm that Ukrainian women are beautiful. They also know how to underline this fact with the help of corresponding clothes. Ukrainian women pay special attention to the way they look. It is probably a part of Ukrainian culture. Those women, who can afford, attend spa salons and undertaken anti-aging treatments. Moreover, Ukrainian women are mostly slander. Ukrainians in general do not suffer from overweight problems. That is why it may seem suspicious and unbelievable that all girls on dating web sites are so attractive. Nevertheless, these are the real pictures of real Ukrainian brides.

Myth #2: Ukrainian women want to get rich husbands in order not to work till the rest of their lives.

Reality: First of all it is worth remembering that not all Ukrainian women are the same. The truth is that for the majority of Ukrainian women being just a wife who takes care of children and house is almost luxury because salaries in the country are not high. Most women have to work because their husbands’ profit is not enough. If they want to afford simple things like vacation on the beach with the whole family, they need to work too. At the same time, women do not have many career prospects. They are usually paid less and, in fact, have to work really hard to get promotion. Taking all these factors together it becomes obvious why most Ukrainian ladies are dreaming about having husband who would be able to support his family without his wife’s financial contribution.

Myth #3: Ukrainian women are not highly-intellectual creatures. It will be difficult for them to adapt in a foreign country and learn a new language.

Reality: Ukrainian women who are looking for foreign husbands understand that they need to correspond to higher standards in all meanings. For this reason plenty of them have worked so hard to improve a lot of things starting from learning English and ending with attending cooking courses. Looking at profile pages of most women, it is possible to see that most of them speak foreign languages and have quite diversified hobbies. They have travelled a lot and have already discovered how different life is in other countries. These discoveries have made most women think of international relationships.

Myth #4: Ukrainian women hate Ukrainian men. They want to run away from Ukraine by all means.

Reality: Ukrainian women are searching for husbands in other countries because they can make better husbands than Ukrainian men. Ukrainian men grew up in the culture and traditions that give man rather lame role in the family. Of course, there are a lot of positive exceptions but most men were not taught to respect their wives and take good care of their families. Most of them want women not only to work but also take care of all the house chores. Unlike Ukrainian men, American and European men are raised in absolutely different conditions. From early years they are taught the most important family traditions and values. Ukrainian women have become tired of being taken for granted, and knowing the difference between Ukrainian and foreign men, they are simply searching for a better future. There is nothing wrong with wanting to be loved and cared.

Ways to Understand and Accept... ►