The role of mothers in Russian and Ukrainian dating 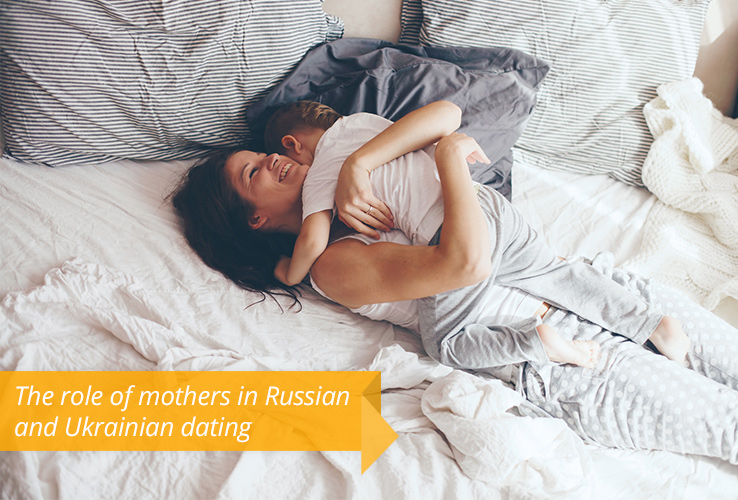 It is a widespread belief that a majority of men face with some kind of problems with mothers of their dearly loved. And in most of the cases the conflicts that arise between them and girlfriends’ mothers may lead to the severance of such relations. And today we are going to throw light on the reasons of such behavior.

Why does it happen?

There are definitely a couple of reasons that lie behind such mothers’ behavior.

It is worth mentioning that different cultures interpret the issue of marriage differently. In some countries the decision depends totally on parents’ will, in other it should be approved by either mother or father. And in Slavic countries it is usually a mother who takes the final decision.

At the same time, women have to deal with their mother’s in law and sometimes it is not a pleasant experience as well. And it depends only on you whether you are able to win the heart of each other’s parents. But still every parent wishes the best for his child. They want their children to be happy, well taken care of and have carefree life. And they would do all possible to contribute to their children happiness.

How to deal with girlfriend’s mother

Make sure you show the utmost respect to a mother and her daughter. You can definitely bring lots of presents when you visit them but do not think it will be in a great help. Usually mothers do not believe those people who throw dust in their eyes. From the very beginning they may feel what type of person you are.

Even though your financial situation might play the crucial role in their decision making, they still can challenge you. Life is not a play, so do not try to pretend being someone else you actually have no connection with. Be honest and open-minded and they will approve their daughters’ decision.

Prove them that your intentions are serious and you are ready to make their daughter the happiest in the world. If you make them trust you they will treat you as a part of their family and you will see how their attitude will change for better.

In the end, they still follow their daughters’ decisions and treat you as a member of their family. So, if you are looking for a woman that is ready for serious relations and a mother who will not become an obstacle for your happiness, then you should definitely visit our site and try your luck.