Is Age Difference a Concern for Russian Women? 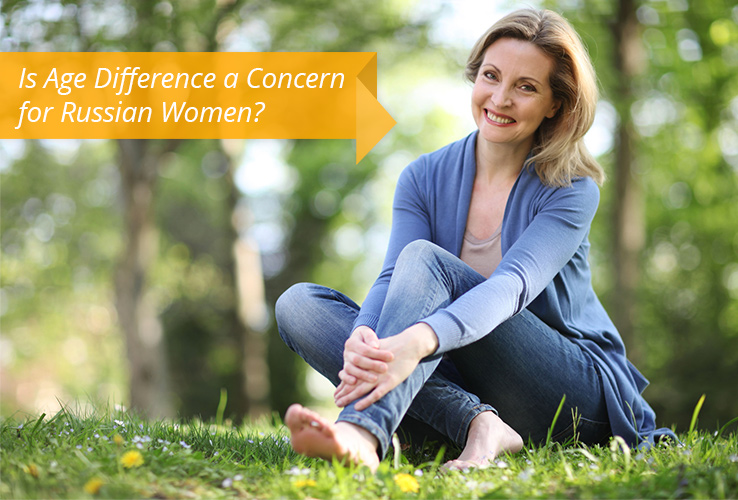 You may find disputes and debates about age difference between men and women. Is the difference in age permissible or age does not matter if the couple love each other? People's opinions are divided as some say that the couples, who have a minimum age difference are happier than those where one half is significantly older than the second one. Others argue that at least one must be an older person with a baggage of life experience. Let us think of two main variants of age difference between a foreigner and a Russian woman.

Men are older than Women

It is generally considered a classic version of the relationship between a man and a woman. It is a traditional approach for a man to get a qualification, become wealthy enough to support his family and only then he can start thinking about marriage. Therefore, it is normal for a man to be older than his girlfriend for 5-10 years. Families with men older more than for 10 years causes misunderstanding in the society and parents of a Russian girl are not happy with their daughter to marry an old man. Anyway, such marriages exist.

Pros of such marriages are such as these families are stronger, because her husband is a leader who is able to control emotions and not to provoke a quarrel once again. He will not make the mistakes made in his youth, after all the experience behind him saves the family. There are minuses of such a marriage as generally, in these families a husband sometimes becomes a dictator whose word is always decisive. Also, a young wife may get boring monotonous life with an elderly male who wants just to rest.

I would not consider that the difference in age could serve as a barrier between him and her. Older husbands are usually very reserved in regard to the senses by constantly hiding feelings and emotions. Such men do not regret spending money, they do not cause Russian wives any harm, but that is not enough for a woman to feel happy. Russian girls have to cook and do the laundry for husbands and that's all.

It makes them feel like their life is empty, there is no harmony, because they see friends who live with their husbands expressing kindness and love. It is not mandatory to get only satisfaction of material needs such as food, drink, clothing and shelter and nothing beyond that.

Women are Older than Men

There are also such marriages. History shows us many cases of happy marriages where the wife was much older than her husband. Nevertheless, such marriages are most condemned by society and they rarely find understanding. Although such marriages are uncommon, in spite of everything, they are still not considered to be traditional. The family where a Russian woman is older than a man, has all chances to become strong enough. If the age difference between spouses is at least 5 years, they almost do not notice it and overcome the most difficult moments of crisis together.

The undoubted advantage of such relations can be regarded as the desire to preserve a woman's marriage. Psychologists say that in families where the husband is much younger, women feel greater responsibility for those relationships and make significant efforts to ensure that they do not spoil anything. In addition, an experienced Russian wife will not arrange hysterics, she will always understand and support her husband.

Cons are also possible. A man in such a relationship is constantly under supervision. In addition, after leaving his mother, her husband suddenly falls into the arms of another one. When a young man grows up, he becomes genuinely surprised with the question why he cannot start to live an independent life. Often women simply suppress a man with their authority and experience, leaving no chance to the husband somehow manifested himself.

Anyway, all relationships have their pros and cons. Sometimes perfect marriages fall apart and those who are not taken seriously, by contrast, are the most robust. There is no universal recipe for happiness, but there is a chance for a marriage to be happy despite the age.

Question about the Best Gift for my... ►