Dating a Slavic girl with a child 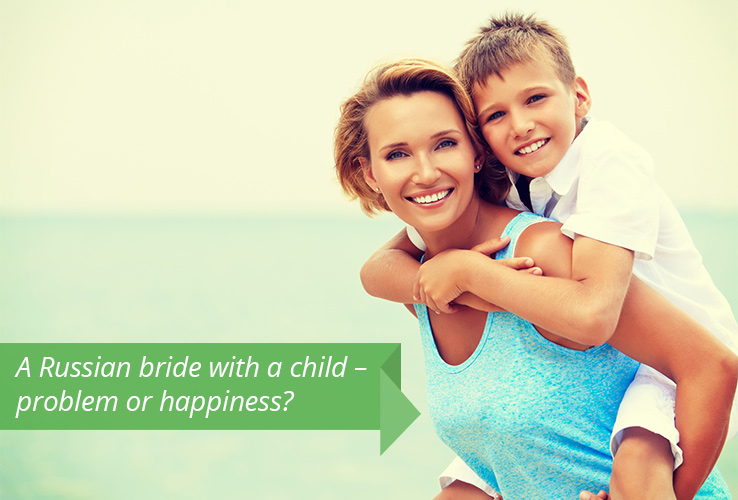 The Internet is considered to change the overall format of making conversations and communicate with each other. Some decades ago people tried to communicate with the help of different traditional formats, including the restaurants, parks, and cafes and just walking around and talking a lot. Nowadays the style of meeting new people has changed rapidly. People are considered to meet online through social websites or particular special online dating platforms. Online dating websites are considered to be the places where people can find each other, create conversations and communicate with everyone. Actually, the biggest value about these websites is considered to be about the way of connecting people all around the world. For example, TOP rated online dating platforms have a database of users from different countries, starting from USA and Europe, as well as Africa, Asia and Australia; different ages and males and females. It is important to say that in the rating of the most active users among women are people from Russia, Ukraine and Belarus. Today’s theme is considered to cover Russian women and their ability to search for right people.

Russian women are searching for the potential husbands and future grooms by using international online dating platforms. There are a lot of different reasons about their format of search. Nevertheless, there are many women who are searching for the real emotions and love. They are eager to communicate with men of different nationalities and races, but they prefer mostly people from developed countries with a good ecological, economic and social situation. Russian women are searching for the real hero, who is going to love, protect and be the good father for their children. In fact, the children’s question is considered to be the good one today, especially when to speak about the children from the previous marriage.

How should Russian women tell him about children?

Actually, every person in the world has his or her own history. Some people got married and than divorced, the other people are searching for his or her the one during a long period of time and do not has any success. But there are people, women in particular, who have already got children from the previous marriage and now they are searching for the new one.

There are different people in the world with their own philosophy and values. If to talk about men, so they have different thoughts about the question of marrying the woman with children. Let us consider situations. First of all, there are men who are searching for the woman to date without any serious steps in the future. By serious steps we mean a marriage and children, of course. Usually, many men who are searching the women on online dating websites strongly believe that they can find their love on these platforms. These men are valued very much by women. So, basically, if man falls in love, he does not care about her child or children from the previous unhappy marriage. He wants to be a happy husband and have more children in the future. Actually, when there is a real love and feelings, there is no place for doubts about children.

There is the other type of men who do not even plan to have children in the future or do not feel comfortable when there are children around them. Actually, there could be several reasons why people are considered to think about marriage without children and happy big family. First of all, these men can already have the children also. For example, the most popular reason about this is considered to be about their age.

What Is So Special about Russian Women? ►