4 Advice to Conquer an American Bride 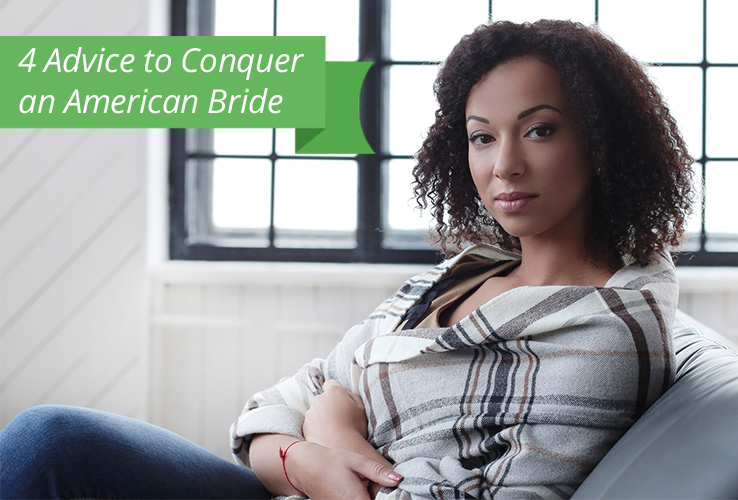 The United States of America is home to many cultures and ethnic groups; it is sometimes called the melting pot which is a metaphorical meaning for heterogeneous society. To meet an American woman means to meet a woman from another world. Of course, American women are very different like women of any other country. They are beautiful, strong, independent and ambitious. They have perfect skin and attractive looking white teeth and of course an incredible Hollywood smile which is famous all over the world. Beautiful American women are of different colors, shapes and styles.

An American bride tries to be the best wife, mother, friend and employee. However, every society has its own system of values. This system of values ​​is based on culture of behavior that is common for every citizen of the country. Like in game: everyone plays in his own manner, but according to certain rules. In any game you can win only if you know the rules. We hope that our practical 4 advice to conquer an American bride will help you.

1. Appreciate Her Freedom and Independence. Americans of all ages and both sexes cherish freedom in everything. They do not like to depend on others, and do not want anyone to depend on them. Most of American brides prefer to pay for themselves in restaurants and cafes and elsewhere. It is one of the signs of independence for them. In addition, they consider that a woman who pushes a man to spend money on her, even small amounts, will be able to commit a marriage of convenience. Hardly any American girl wants somebody to think this way about her. If an American bride refuses any of your proposal (food, traveling together, etc.), it does not mean that they are impolite. But if you try to persuade her it would be considered as molestation.

2. Be Honest and Open. American girls are rather straightforward. An American woman can be quite sincere to you even if you know her only for several days. Because sincerity is the key tool to build healthy, lasting and trustworthy relationship. And when your sincerity is reciprocated it makes all the efforts that go into a relationship worthwhile. That is why it is so important for your American bride to be in a sincere relationship. American brides do not like mystery and innuendo. Already on the first date American women tend to be willing to discuss all the details of future relations with her partner. For example, an American girl may ask you: «What do you think about my moving to another country in six months?" If you respond negatively and show that you are against it, your first date may also be the last one. The decision has already been made, and no one, from the perspective of an American bride, has no right to try to impose her another point of view.

3. Demonstrate Your Sense of Humor and Tell Good Jokes. American brides like good jokes. Ladies, who grew up on the other side of the ocean appreciate the humor. Having a good sense of humor makes you more enjoyable and raises your chances to win a heart of an American bride. Be appropriate with a subject matter. It is advisable to make jokes on subjects close and understandable to your American bride. Also while joking it is important to stay within the framework of political correctness. For example, in America there are no black people there are only Afro-Americans... And, of course, equality between men and women is an inviolable notion. It should not be violated even in jokes. And it is better not to tell political jokes at all. All these nuances should be taken into account while telling funny stories or jokes.

4. Be positive in thoughts and actions. Positive thinking is an ideological force in American culture. A positive outlook is a choice that American women always make. To impress your American bride focus your mind on the good things, substitute all your negative thoughts with positive ones and begin right now to expect the very best of everything that this world has to offer you such as finding your American date girl on bridge-of-love.com. So, now you are aware of the main rules to stick to while dating a girl from America. Go ahead and good luck!

◄ 6 Tips for Love Relations with...

My journey through the former Roman... ►